15 Things You Can Do to Help Keep Oceans Clean 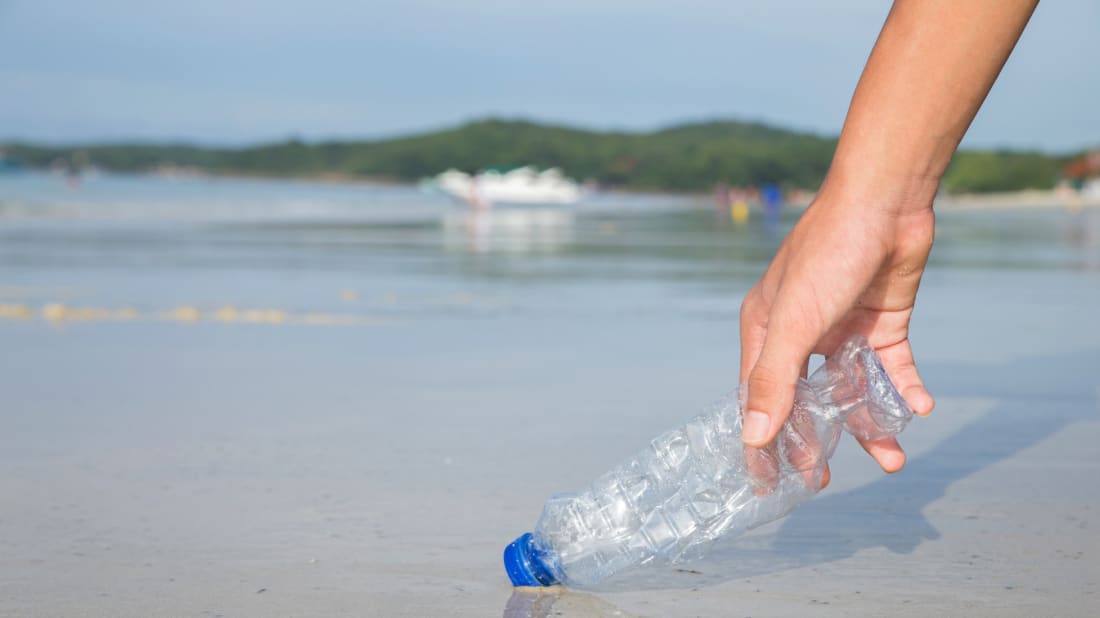 Each year, millions of people plan trips to the most beautiful beaches all around the world for relaxing afternoons of sunbathing and swimming in the ocean. Our beaches and oceans are a natural wonder that should be taken advantage of, after all. But they're also facing a pollution crisis. From untold tons of plastic to carbon emissions and household chemicals getting into our waterways, the dangers facing marine life are mounting.

In honor of World Environmental Health Day on September 26, it's important to realize that it's not enough just to enjoy our oceans—we also have to keep them clean and actively protect them. And here are 15 ways you can help. 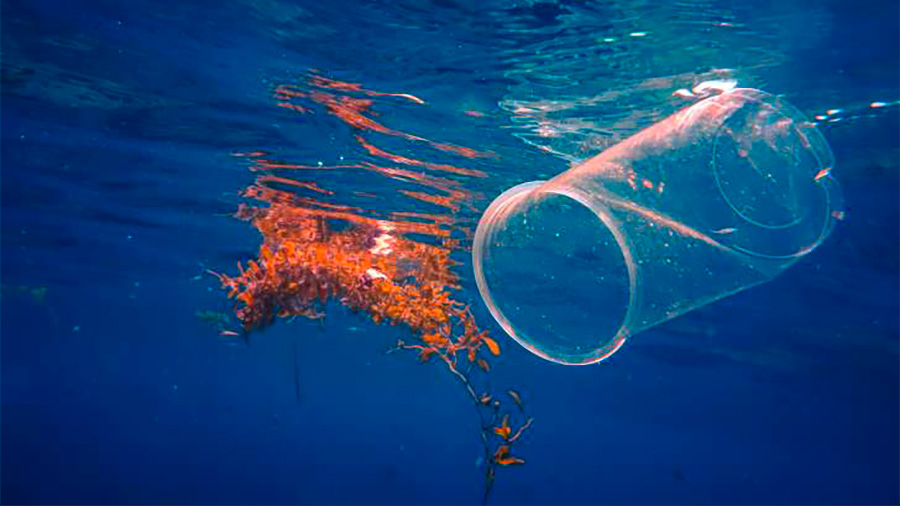 It's hard to clean up the ocean without knowing why and how it gets polluted in the first place. So the first step is to get informed. Go online, turn on a documentary, or grab a book from the library—there are countless ways to learn about the ocean without having to move off the couch.

Learn how your plastic water bottle winds up in the ocean in the first place, or how the oil from your engine can travel through the sewer and into nearby bodies of water. You can even learn about lesser-known forms of pollution—did you know that even noise pollution underwater can kill marine life? The best way to begin your ocean advocacy is to know the hows and whys.

2. Cut down on plastic use. 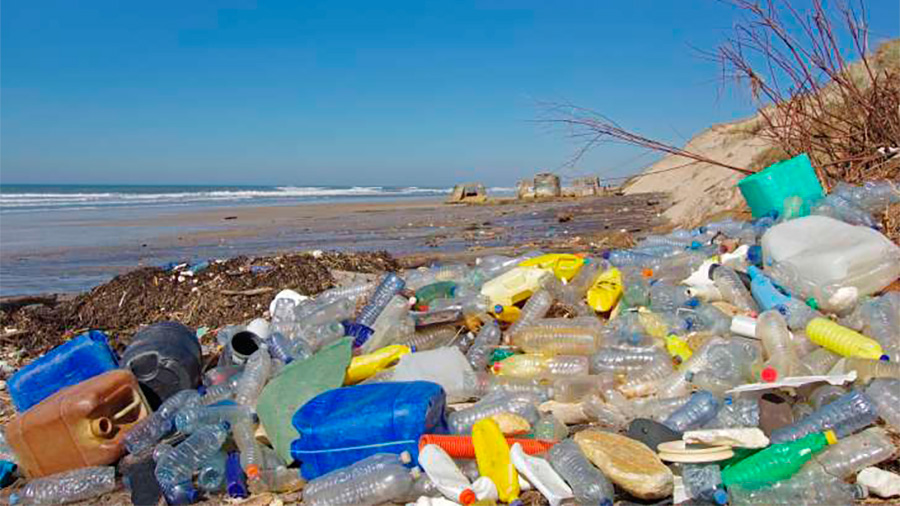 There are plenty of reasons to cut down on the plastic you use every day, but if you want to do your part for the ocean, it's doubly important. To put it into sobering perspective: It's possible that around 8 million tons of plastic get into our oceans every year, harming plant life, water quality, and marine animals around the globe. To put that into further perspective, around Los Angeles, around 10 tons of plastic fragments find their way into the Pacific every day.

Single-use plastics are among the most wasteful, but they're also the easiest change you can make to your lifestyle. Instead of buying single-use plastic water bottles in bulk, switch to reusable bottles you can fill up again and again. There is also a movement among cities, countries, and certain restaurant chains to get rid of plastic straws, bags, utensils, and other smaller plastic items that can be easily swapped out for something more sustainable. Make that change in your own home, too. 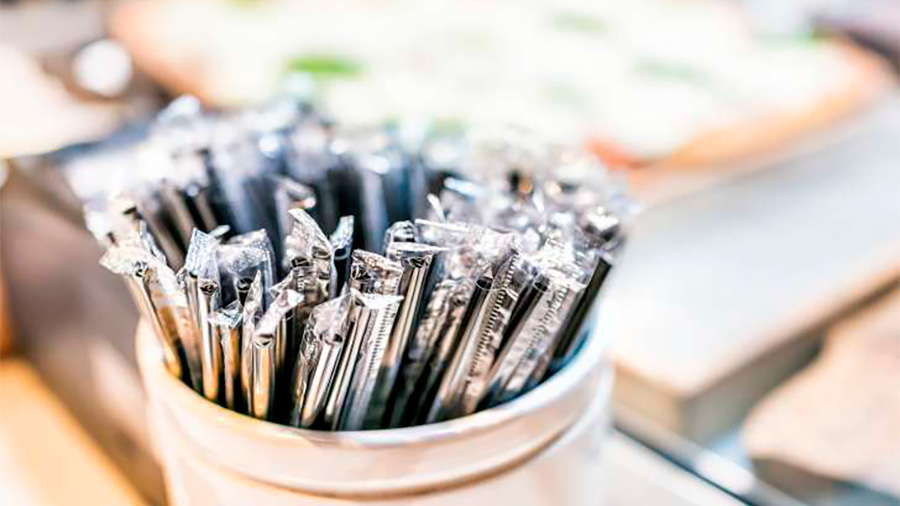 It's not just individual consumers who need to watch their plastic consumption—it's local restaurants and global corporations as well. Find out which companies and businesses employ the best practices when it comes to packaging and plastic usage and which ones don't.

If you feel like your local take-out place or café is being excessively wasteful, tell them. (Also, do your part by telling them you don't need any plastic utensils or paper napkins if you're planning to eat at home or the office.) And if your issue is with a larger chain, get in touch with them on social media or write an email. Then you can start digging deeper. Harmful microbeads are banned in the U.S. [PDF] for their impact on oceans, but what about in other countries? And are the products you're using actually free of them? Find out, because while you may practice clean ocean habits, the companies you buy from may not.

4. Be aware of chemicals in your gardens and on your lawn. 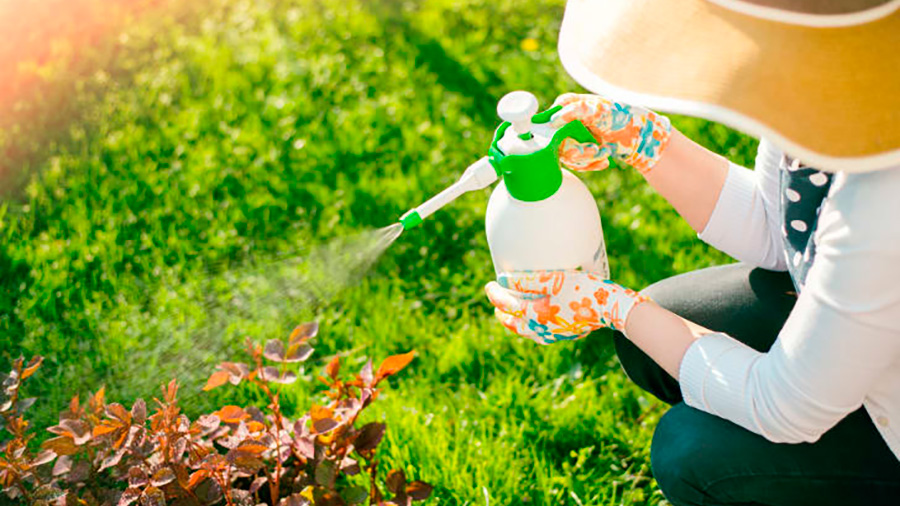 Pesticides, fertilizers, weed killers—three things that are ubiquitous on lawns and gardens around the world, but each can be very harmful for our oceans. Pesticides and weed killers work by using dangerous chemicals, and though your plants and yard may benefit, those chemicals can easily get into our water systems. And if you live close enough to an ocean, they’ll likely end up there.

Fertilizers have an interesting effect on the eco-system. The excess nutrients can be carried by rain and wind to various water systems. Once in rivers, lakes, streams, and oceans, these nutrients can help with the growth of algae at an unnatural rate. When this happens, the algae's natural toxins can not only poison marine life, but the algae itself can use up the oxygen in certain areas of water, making it impossible for anything else to survive. These are called "dead zones," and the roughly 500 of them around the globe cover some 245,000 square kilometers (that's about the size of the UK). Luckily, there are ways to have and maintain a garden while being responsible to the environment.

5. Recognize the harm of individual litter. 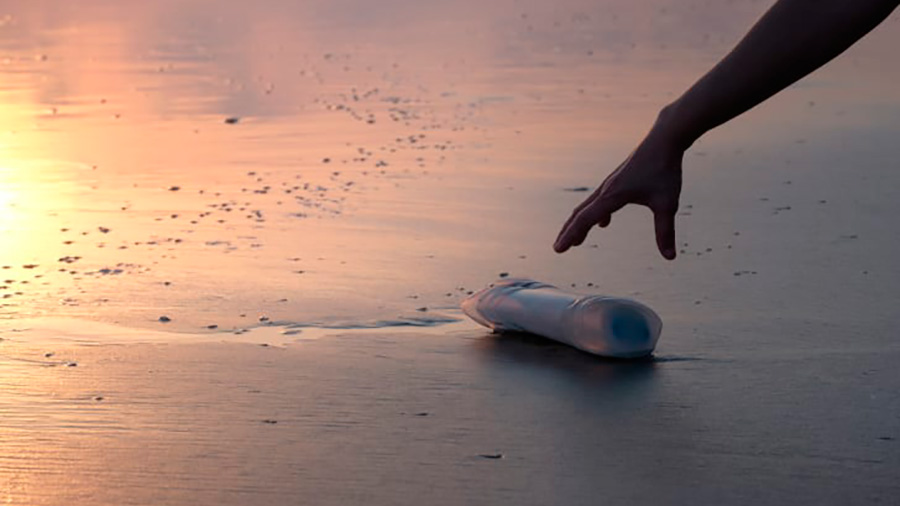 Picking up after yourself on the beach should go without saying, but just take a look around the sand the next time you're by the shore—obviously someone didn't get the memo. Stray bottles, cans, bags, and napkins can be ubiquitous along waterways, and even just one piece of litter can pose a problem. This garbage can be picked up by the wind, get stuck around the necks of birds and other animals, and carried back out to sea by the tides.

Keep anyone in your party accountable for their messes, and if you encounter some trash that isn't yours, pick it up anyway and throw it away. That plastic bag or discarded soda can is an immediate threat to any marine life that could get caught in it, so be sure to do your part.

6. Volunteer your time to clean up. 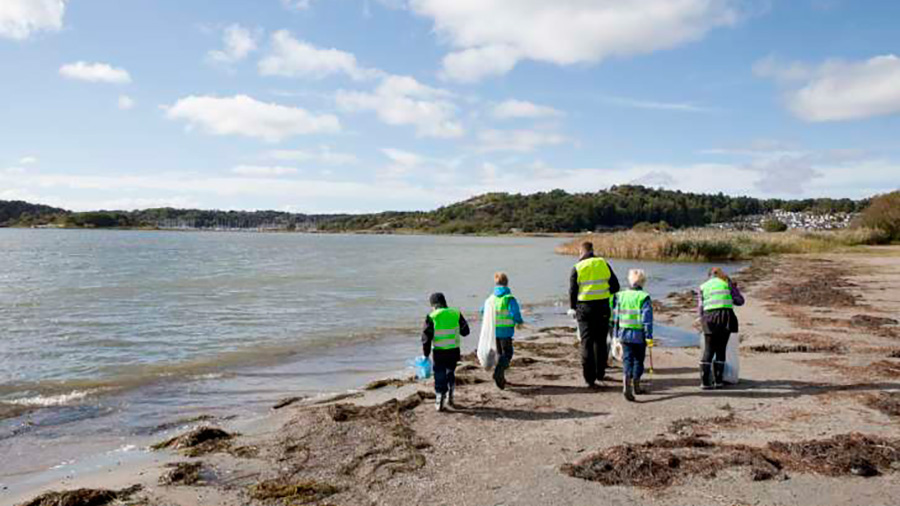 Picking up litter while on a beach vacation is great, but you can also organize your own cleanup in your community if you live near an ocean. First, talk to local politicians and community groups to see if there's an existing ocean cleaning effort in your area. If not, go through those channels to help organize one. This is a great way to call on townspeople in your area—including friends, strangers, and local schools—to help beautify the area and teach positive habits when it comes to maintaining a cleaner ocean.

7. Donate to an ocean charity. 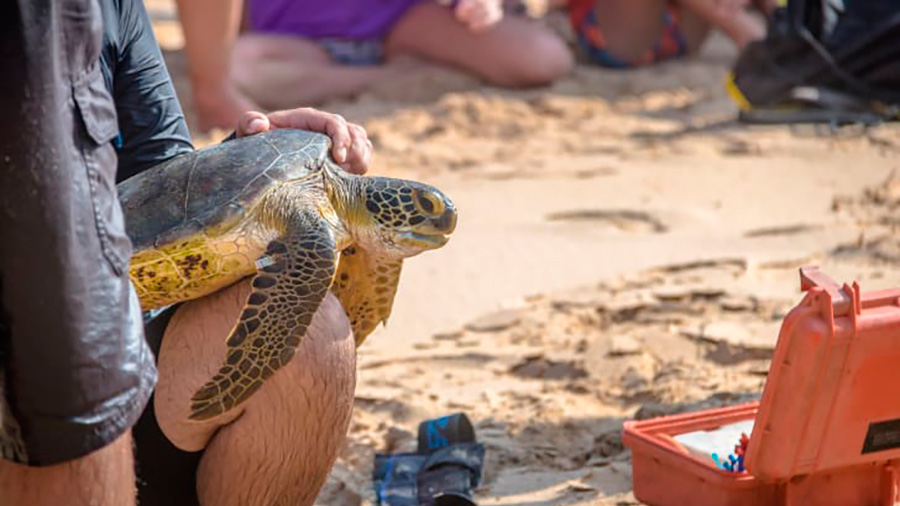 Not everyone lives near an ocean to help do the legwork, but a simple donation can go a long way. Research charities in your state or around the country that help clean the ocean and see if they're holding a fundraiser or collecting supplies for a cleanup effort.

In addition to donating to cleanup charities, there are also ways to give money to research efforts, conservation groups, and educational foundations.

8. Watch what you flush. 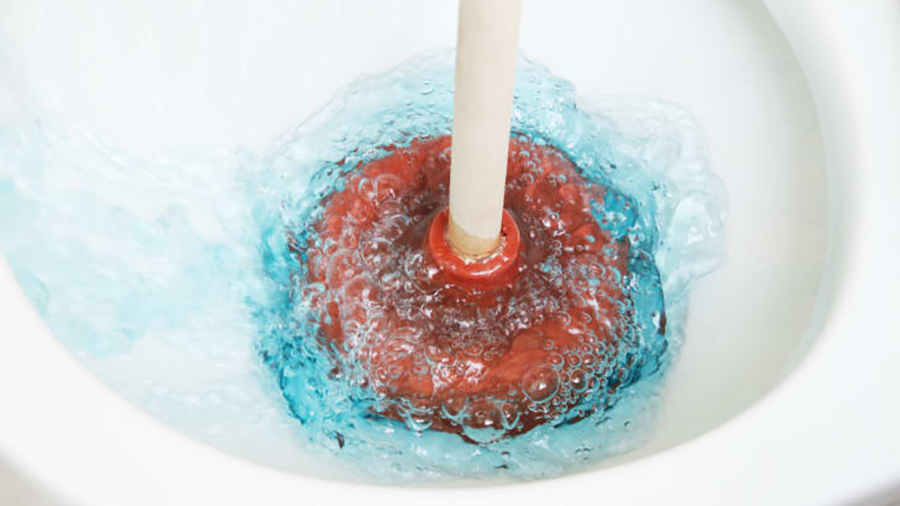 Medicines have been detected in groundwater and in marine life in the past, likely from being flushed and lingering in water systems afterwards. And 4500 wet wipes were found in a 154 square-meter portion of the Thames river in 2017—a byproduct of a bathroom staple that doesn't break down in the flushing process like people think.

These are just two examples of products that are often flushed or poured down a drain without a second thought but could build up over time and pollute local waterways, soil, and oceans. Cotton balls, floss, cat litter, insecticides, vegetable oil, paint—this is just a snapshot of products that are harmful for oceans and marine life if flushed. So next time you open that toilet lid to discard a harsh cleaning agent, find out if it's safe. 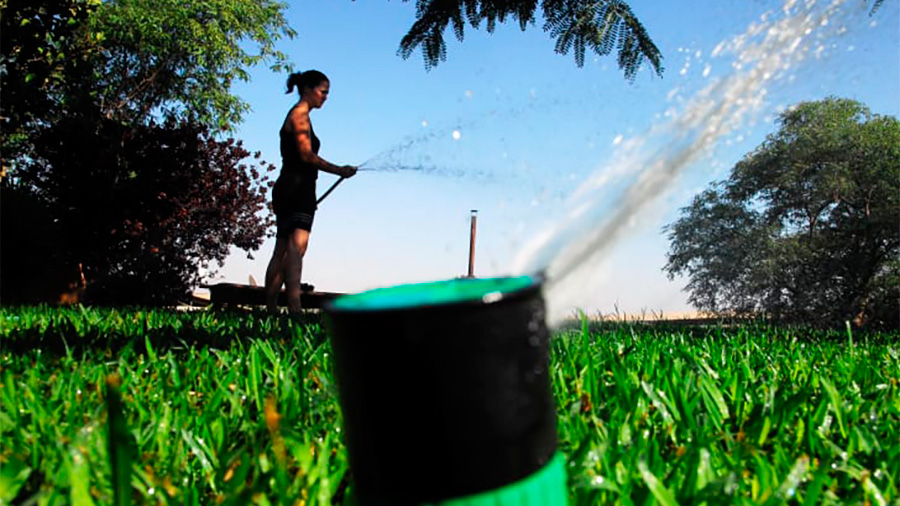 Any of the water you use in your home is later sent to a sewage treatment plant [PDF] where the pollutants are removed before being reintroduced into local bodies of water. The problems come not only when harmful products and chemicals are flushed, but also when we simply use too much of the available water.

As the Surfrider Foundation points out, excess water at these treatments plants can overwhelm the systems—many of which are older anyway—leading to pollutants getting through and finding their way into oceans, rivers, streams, etc. To do your part, simply conserve the use of water in your home. Take shorter showers, don't leave sinks running, and cut down on any superfluous activities like washing your car for long periods of time. 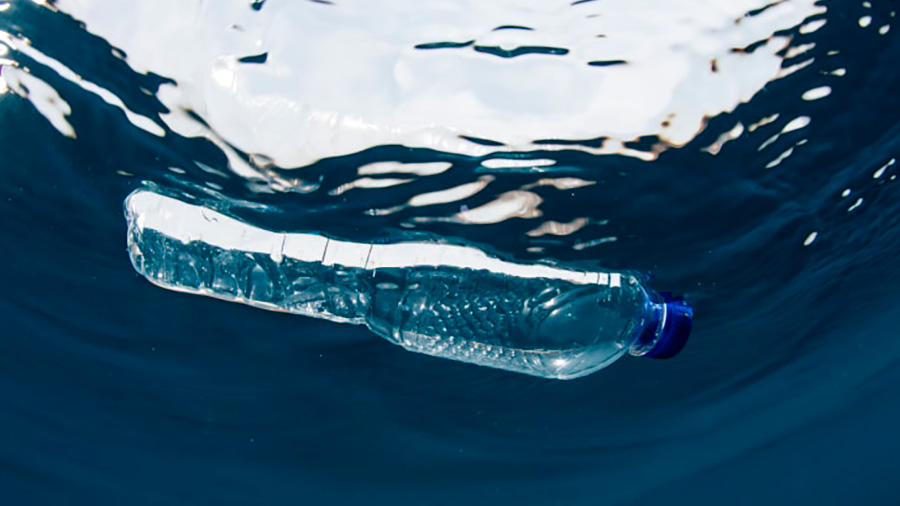 Whether you're out on a cruise or fishing on a lake, be mindful of what you leave behind. Never throw any trash overboard, even if you think it's harmless, like a stray fishing hook or line, or something small like a used piece of chewing gum or a cigarette butt. There's a ripple effect to any foreign item that enters a waterway, and often the consequence is that those tiny items amass into a large problem for the local ecosystem. Encourage those around you to be similarly mindful, and take proactive measures to ensure garbage and recycling bins are onboard during your trip. 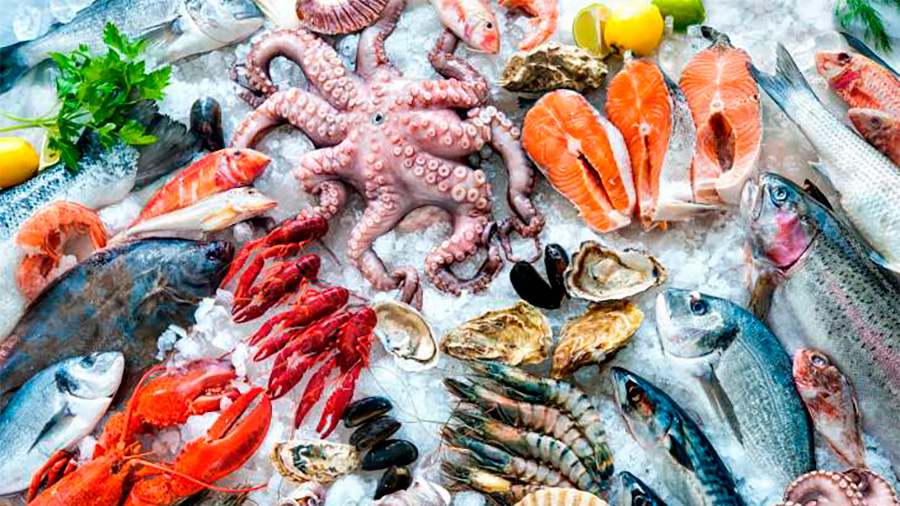 Being a responsible seafood consumer is a vital part of ocean conservation, and knowing what fish you're eating and where it's coming from is a big part of that. Familiarize yourself [PDF] with the fish you buy and where it was caught when you pick out your next meal, and ask your local supermarket chain or restaurant if their selection of seafood has been farmed in an ethical way that protects the ocean's ecosystem and doesn't pollute the water in the process.

12. Reach out to your elected officials. 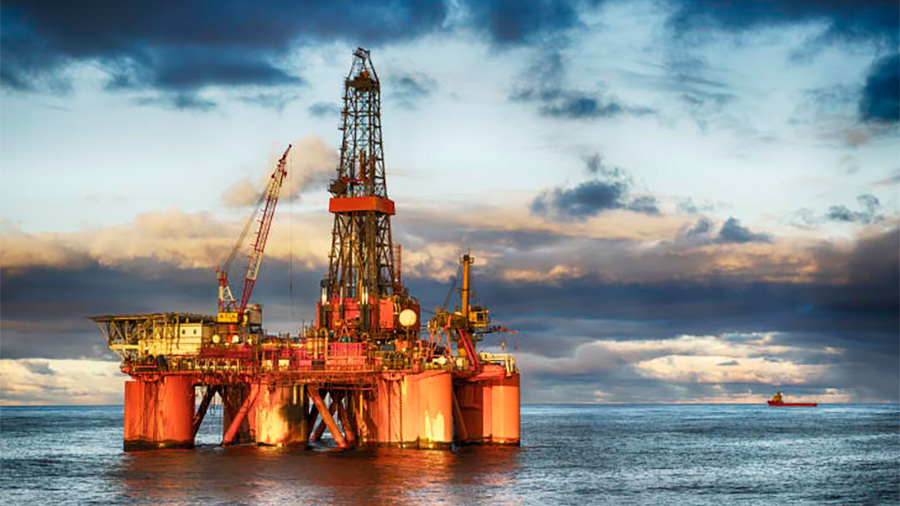 What's your state representative or governor's stance on ocean pollution and conservation? Is your state considering offshore drilling, which can result in accidents that impact the environment? Find out what the politicians in your state are doing about the environment and see if it's a plan that will provide a cleaner ocean for future generations.

If your state is in a good place, ask if there is a chance to volunteer to help realize the goals of your elected officials. If your state isn't doing enough about the oceans, write letters and get in contact with both elected officials and local environmental clubs of influence. For instance, the Pacific Fishery Management Council recently voted to protect approximately 140,000 square miles of ocean from bottom trawling, a move that will prevent commercial fishing nets from harming coral and rocky reefs in that area. According to The Pew Charitable Trusts, who were also involved, this vote was a result of five years worth of research and lobbying from environmental groups and charities, and thousands of letters from activists and concerned citizens. 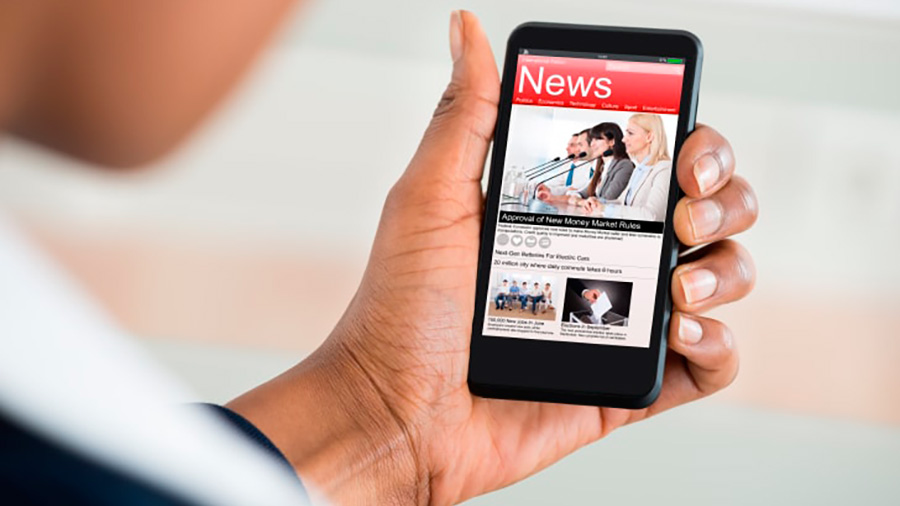 Taking care of oceans and waterways requires vigilance, and staying informed is vital to that cause. Read up on the latest products that have been deemed harmful to the ocean or environment (like this recent study on why black plastic can't be recycled the same way as other plastics); keep an eye out for any environmental tragedy, like an oil spill or a tropical storm in your area that requires a cleanup; and be sure you're in the know about any organized rallies or fundraisers you can take part in. 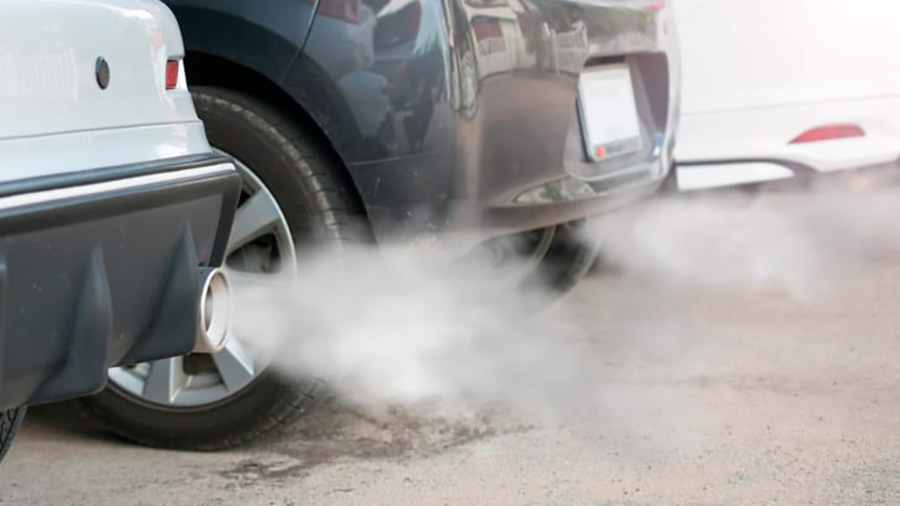 Taking stock of your own carbon footprint is important, and it becomes even more urgent when you think of the impact it has on everything. Climate change is all connected with one danger leading to another, leading to another, and so on. See how your energy habits can be more sustainable for the environment and make some much-needed adjustments. Simply driving less, buying energy efficient lights and appliances, and using fewer disposable goods can help. 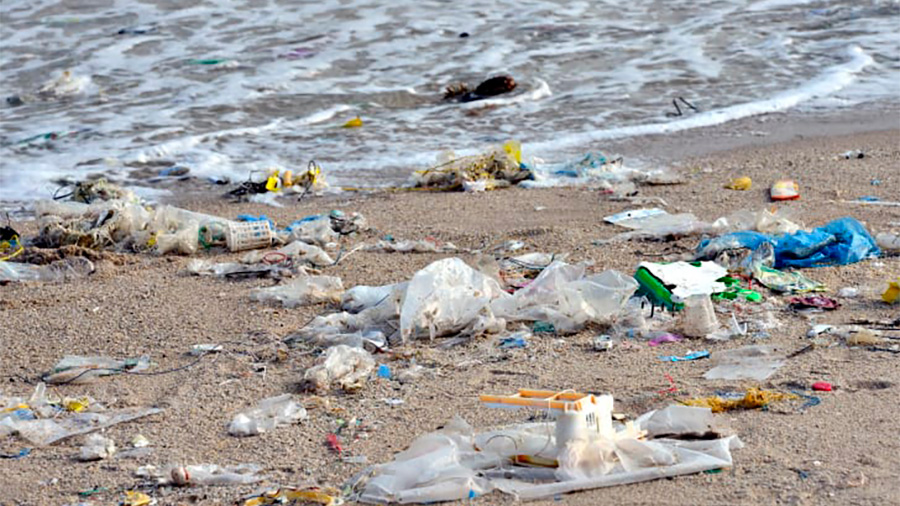 Don't keep all this knowledge to yourself! Bring up some of the more important facts to friends and family next time you're at the beach or out at a seafood restaurant. Invite them to join you for a cleanup, and encourage them to be mindful of their own carbon footprint. Your enthusiasm for healthy oceans and environments could be contagious, and you may soon find yourself with a network of like-minded individuals looking to make a difference.